6 Surprisingly Petty Issues That Can Sabotage a Home Sale

Selling a home can be a long, time-consuming process, especially if the seller and potential buyers butt heads. Sometimes, the issues behind a deal-making deadlock are legitimately big. Other times, they simply aren’t. Here, we talk to agents about some of the most petty issues that can sabotage a home sale.

When you’ve lived in a house for a long time, sometimes little things go missing that are easy to forget about, especially when those little things are in rooms that aren’t used a ton. For people seeing a house with fresh, about-to-plunk-down-a-bunch-of-money eyes, however, these little things can seem significant.

“One of the funniest—and most annoying—requests I get is for sellers to replace missing cover plates on light switches and outlets,” Amy Berglund, a real estate agent with Re/Max Professionals City Properties in Denver, CO, says. “Usually they’re missing in places such as laundry rooms and basements—think places that aren’t used that much. It is an incredibly affordable fix.” 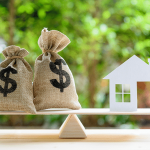 A Guide to Mortgage Interest Rates: Why They Go Down and Up, and What to DoAgents, Buying a Home, Education, Indianapolis Real Estate, Market Trends, Marketing, Real Estate 101, real estate news, Selling Your Home 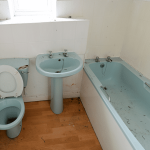