Baby Boomers to Drive Home Design Over the Next Decade

By 2030, the number of people who are 65 and older will be larger than the number of people under the age of 18, for the first time in the nation’s history, according to recent U.S. Population Survey projections. The year 2030 is when the last of the baby boomer generation will turn 65. After that, one in every five Americans will be of traditional retirement age.

The “traditional family household model is being replaced by more fluid, variable configurations based on lifestyle and social identity,” according to the ASID Outlook report. Single-occupant housing, shared housing, same-sex households, and single-parent households are all becoming more standard.

Here are a few characteristics worth considering with the aging population:

Accommodating aging in place: A growing trend of remodeling homes to accommodate older adults will likely continue, whether they are moving into a family member’s home or making their own home work as they age. Some of this may be tech-oriented design, such as supportive “smart home” additions for senior wellness with beds, flooring, lighting, window panes, toilets, and more. “Designers need to keep up with the changes and anticipate how new technologies may alter the design paradigm in the future,” according to the ASID Outlook report. There are five aging-in-place remodeling projects that have seen some of the largest growth from 2013 to 2017: Added lighting, such as task lighting; curbless showers; grab bars; nonslip floors; and wider doorways, according to a 2017 remodelers survey from the National Association of Home Builders. 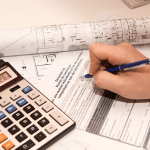 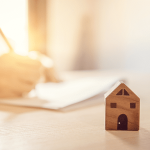