In 2010, Vanessa Piala and her husband Jim Belikove modified their home near Chevy Chase, Md., by digging out the basement and adding an in-law suite in anticipation of moving her parents there from New Jersey.

But after her mother had a stroke, Piala stayed with her parents in New Jersey for 18 months before moving them both to an assisted-living facility in Maryland.

Now Piala and Belikove are in their mid-60s, and their experience with her mother has informed them on new modifications to their home. They’ve added a first-floor primary suite, a wheelchair-accessible bathroom and an open kitchen to accommodate mobility issues they anticipate facing in the future. 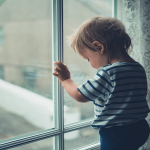 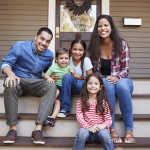 How We Bought a House That Wasn’t for Sale (and How You Can, Too)Agents, Buying a Home, Education, Market Trends, Marketing, Real Estate 101, real estate news, Selling Your Home
Call Now