What Is Clutter Shame? Here’s How To Overcome It

We all stream renovation and makeover shows and scroll through organizational influencers’ posts on social media.

If you’re like us, you hope to feel empowered and connected to the streamlined home life these pros create. But studies and anecdotal evidence increasingly show these visions of (supposedly) achievable perfection can often lead to increased rates of poor self-esteem and lower life satisfaction.

And it’s little wonder that the idealized vision of home organization online and on TV might seem impossible to attain in your own home. Especially when lifestyle gurus such as Marie Kondo and her imitators are constantly urging you to cleanse, declutter, make over, or reorganize every single nook and cranny in your home.

The result of all that pressure to purge is an under-reported but prevalent side effect: the overwhelming feeling of clutter shame.

“Celebrities and influencers often post videos and photos of their impeccably clean and minimalistic home,” says life coach and mental health advocate Ashley Chubin, chief operating officer of FlyHi in Aurora, CO. “The implication is that, if you don’t live like that, you lack self-respect and hygiene.” 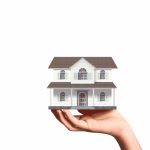 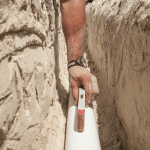 How to Unclog a Main Sewer Line Without a Plumber: What to Know About UncloggingDesign, Education, Home Improvement, Interior Design, Lifestyle
Call Now