The Fatal Pricing Mistake Home Sellers Are Making Right Now: Is This You?

“You still see the hope in their eyes.”

When Atlanta-based real estate agent Maura Neill agreed to sell a home this fall, she knew she faced an uphill battle. For one, the housing market had cooled significantly. But worse, these home sellers weren’t quite willing to accept this new reality and drop their price.

Several months earlier, these sellers had listed their house with another agent for $525,000. When this failed to bring in an offer, the sellers reduced the price to $499,000. Still no bites.

Neill could understand their disappointment, given the COVID-19 era of red-hot bidding wars had ebbed alarmingly fast.

“Now, what probably would have sold in a day in February is just sitting,” says Neill, who’s with Re/Max Around Atlanta. “If they’ve already been listed for 90 to 100 days when I get the call, they probably have an inkling” they’re pricing too high.

Still, for many sellers, that’s a tough pill to swallow. 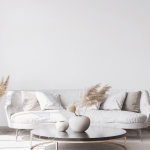 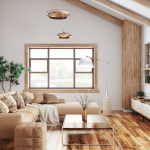